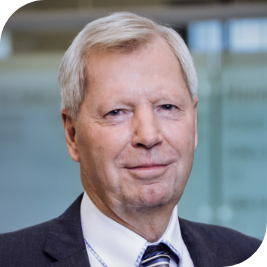 Jörg Franke is a trained jurist and currently Chairman of the supervisory board of several financial companies. From the beginning of 2001 to the beginning of 2006 he was the Co-CEO of Berliner Effektengesellschaft AG. Previously, between 1988 and the end of 2000, he set up and headed the Deutsche Terminbörse (German Futures and Options Exchange) which then turned into “Eurex” and in the same decade became the world’s largest futures and options exchange. When the Deutsche Börse AG was created, Franke was simultaneously a member of its board from 1994 to the end of 2000.

During the nineties, Franke had close contact with all major East Asian financial futures exchanges and the early-established Chinese commodity futures exchanges. He was the driving force behind a number of agreements between these exchanges and the Deutsche Börse Group, especially Eurex, some of which are still in place today. Later, Franke collaborated on the build-up of the first Chinese financial futures exchange in Shanghai. Today he occasionally advises CEINEX (China Europe International Exchange), a German-Chinese trading venue based in Frankfurt of which Deutsche Börse AG is a shareholder.

Find us on Social Media:
LinkedIn

Send us a message