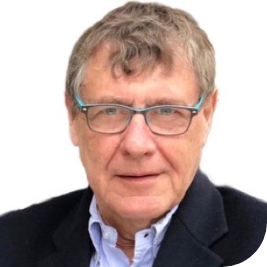 Jürgen Büssow was a member of the Northrhine-Westphalian state parliament for 20 years and 15 years as district president in Düsseldorf. In addition to media policy, which led to the Dual Broadcasting System in Germany in the late 80s and early 90s, his main focus was on European, economic and third world politics.  During this time, the EU Treaties I and II of Maastricht were passed, in which the state parliaments participated through the Bundesrat.  Parliamentary contacts were also established with South Korea, Taiwan and Japan during this period.

In 2006, as District President, he prepared the “Friendship Treaty” between Qingdao/China and the cities of Duisburg, Essen, Wuppertal and the administrative district of Düsseldorf.  In the meantime he has got to know China from different perspectives.  Visit of German companies in China, e.g. in Shanghai.  Opening of the Düsseldorf Fair together with Munich and Hanover. Art exhibitions in Beijing and Shanghai. Visit of Düsseldorf’s partner city Chongqing and the headquarters of Huawei Technologys and the network equipment supplier ZTE in Shenzhen, the Silicon Valley of China.

“Understanding China will probably not be possible without mastering the language, but understanding the country with its 5000 years of history and culture is becoming increasingly important for us Europeans”.  This also applies to the other Asian countries, with their different cultures, language areas, histories and economies.

For us Europeans today it is about recognizing that we come from different value systems and do not always have identical interests. Nevertheless, it is our task to find opportunities for cooperation that ensure and open up social welfare for the European and Asian people on fair terms. Successfully countering climate change is a task for all nations.

Find us on Social Media:
LinkedIn

Send us a message